Uneasy relationship between Ukrainians and Jews in Canada 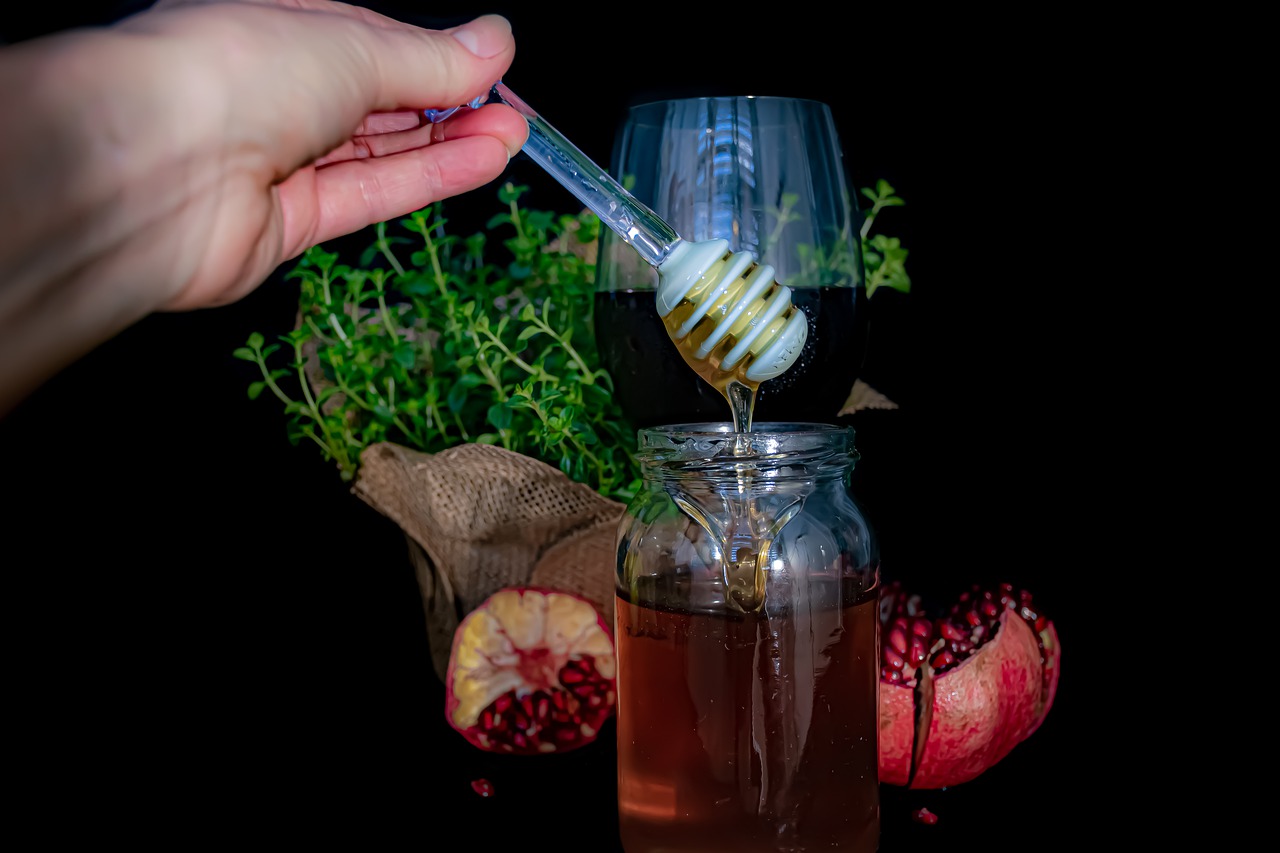 Why the "melting pot" model did not take root in Canada, how bilingualism officially functions, and the relationship between Ukrainian and Jewish communities in Maple Leaf Land.

Why the melting pot model did not take root in Canada, how bilingualism officially functions and the relationship between the Ukrainian and Jewish communities in the Maple Leaf Country - about this and more in an interview with Dr. Mark Freiman, a lawyer, former Deputy Attorney General of Ontario and former president of the Canadian Jewish Congress.

- Mark, when did the concept of a titular nation disappear in Canada and Anglo-Saxons become just one of the national groups?

- I came to Canada in 1952, and many people at that time still associated themselves with the British Commonwealth, feeling a sense of sanction for the empire and a certain alienation for the "new Canadians. I wouldn't call it xenophobia, but the distance persisted.

All that changed in the late 1960s with the passage of new immigration laws - society became much more diverse. Radical demographic changes led to the fact that today, for example, more than half of Toronto's residents were born outside Canada.

- Why did Canada reject the American melting pot model, turning multiculturalism into a national brand and legislating the slogan "One Nation, Two Languages, Many Cultures"?

- This was a political decision. You have to keep in mind that the main wave of immigration to the United States occurred in a completely different era-most of the immigrants came to the New World before 1924. Our immigration was more recent, so the new citizens retained ties to their countries and ethnic groups. Of course, multiculturalism is related to the political representation of people from different diasporas - new Canadians have become influential statesmen, and their opinions must be listened to.

The representation of ethnic groups in the Liberal Party is particularly notable, and that is fine - you don't have to forget your traditions to be a proud Canadian.

- Is the self-determination movement in Quebec a consequence of multiculturalism or, on the contrary, has the desire of the French minority to preserve its language and traditions spurred political change?

- The phenomenon of French influence in North America has nothing to do with multiculturalism, the French settled here before the English, and the identity of Quebec has been formed for hundreds of years, and the process continues.

Thirty to 40 years ago, disputes between Anglo-Canadians and Franco-Canadians nearly caused the country to split. Tensions remain, but are regulated by the legislative field. Quebec has a huge English-speaking minority, and all these people speak French. On the other hand, many in Quebec do not speak English, and many outside Quebec do not speak French. But many Canadians speak both languages equally well.

- So when you come from Toronto to Montreal, you can make do with your English?

- And a Quebecer in Toronto or Vancouver, would his French be enough?

- Absolutely not. English is an international language that allows you to survive anywhere in the world. It's not so easy with French. Even in Canada...

- How would you define the phenomenon of Canadian nationalism?

- We are officially a bilingual multicultural country that is not the United States (smile). Any prime minister of Canada, speaking to a domestic audience, speaks half in English and half in French. Always. Most government officials speak both languages and use them in their work, because the state guarantees all services in both languages.

- Are there language quotas that guarantee, for example, 25% of the airtime for broadcasting in French in English-speaking provinces?

- That's not how it works for us. The state, through the Canadian Broadcasting Corporation, makes sure that every province broadcasts two television channels, one in English and one in French. The same applies to radio stations. Quotas exist only for Canadian products, no matter what language they are produced in.

- Unlike most countries in the world, where national cultures are simply not prevented from developing by private sponsors, Canada officially financially supports ethnic diversity. How does this support mainly take the form of?

- The Department of Heritage provides grants for historical research, support for theaters, musical ensembles, libraries - in other words, for everything that has nothing to do with politics or religion.

- And if the Orthodox Jewish community wants to open a school, will the state help it?

- No. That's the concern of the particular community. I am very familiar with this problem and have been involved in many related lawsuits. One of the paragraphs of the Canadian constitution requires the government to support Catholic education in Ontario and Protestant education in Quebec. Another clause says that the state must not interfere in the religious sphere at all.

There is a contradiction. The fact is that the first law was passed in the early days of Canada, when the two main provinces of the country, Ontario and Quebec, were the main minorities, Catholics and Protestants respectively. Because education was religious, this provision protected the rights of minorities.

The second piece of legislation is much younger, several decades old. When I was a young lawyer, the Jewish community claimed it was unfair - Christians (Catholics and Protestants) get support and we don't. We filed a lawsuit, won one, then a higher court, and finally went all the way to the Supreme Court of Canada.

And then the most interesting thing began. One of the principles of the Canadian Constitution is the equality of all citizens, but in this case, religious discrimination was actually enshrined in law. The Supreme Court ruled that support for Catholic education in Ontario was a cornerstone of the foundation of the state, a historic bargain that became a special provision of the constitution. In other words, sorry, Jews, you can't use the constitution to gain privileges that equalize you with Catholic and Protestant minorities. True, you can pass a new law, but the constitution will remain unchanged.

- And this law was eventually passed?

- At the time, the Conservative Party went to the polls under the slogan of equal support for all religious schools - not only Catholic or Protestant, but also Jewish, Muslim, etc.

In 2004, there was an election, which the Conservatives lost, and the bill was forgotten. The problem is that even religious schools are part of the public education system in Canada. People were afraid that the public education system would be destroyed if taxpayers' money went to private religious schools. It is true that they sometimes receive support from the government for extracurricular projects, sports and cultural activities, after-school groups, and school meals - but not the educational process itself.

- In your opinion, does the promotion of ethnic diversity have an impact on the low level of assimilation of the Jewish population compared to the United States?

- First of all, as has already been said, emigration to Canada occurred much later than in the United States - we are now at the same stage of development of community life that American Jewish communities were at 30-40 years ago. Secondly, America, unlike us, has gone the way of the melting pot. And third, community organizations in Canada are more established, being concentrated in a few large cities with a developed infrastructure.

- Representatives of ethnic minorities in the highest positions in the state - an accident or a deliberate policy? The foreign minister and the labor minister are Ukrainian, the defense minister is Sikh, as is the science minister, the resources minister is Hindu, the women's minister is Afghan, the immigration minister is a refugee from Somalia, the small business minister is from Hong Kong, the fisheries minister is Inuit, the veterans affairs minister is a Quakihutl Indian woman, etc.

- The Liberal Party has many minority members, and they have done a lot for their communities. But that's only part of the answer... It's just that when you're so different, those around you stop noticing it. Walk down the subway in the morning and you meet people of all races, colors and ethnic backgrounds. You just stop paying attention. A colleague I worked with for 15 years is Chinese, but if it weren't for your question, I wouldn't have remembered that.

- The fact that such an organization as UJE (Ukrainian Jewish Encounter) appeared in Canada was not a coincidence? How do relations between Jewish and Ukrainian communities develop in general?

- It still isn't easy, although on the official level everything is great. When I was president of the Canadian Jewish Congress I had an excellent relationship with Pavel Grod, head of the Congress of Ukrainians of Canada. At the grassroots level there are still many negative stereotypes.

We are trying to establish a dialogue, but there is a problem that cannot be ignored - most North American Jews do not feel their "Ukrainian" roots. If you ask an American or Canadian Jew where his grandparents came from, in most cases you will hear: from Russia or Poland. If you ask where Poland is from, you will understand that it is Galicia, and if you ask where their ancestors lived in Russia, they will remember Odessa or Zhitomir. Both are now Ukraine, but for him it remains Poland or Russia. I have to explain, to show a map... When I was going to my grandmothers' homeland, to Sambor, my relatives asked me if I was going to Poland? No, to Ukraine.

- What lessons can our country learn from the Canadian experience?

- It would be nice to come to the idea of a political nation, if that were possible, and not be trapped by ethnic identity. It would be nice to realize that people of different origins - Jews, Hungarians, and Roma - are all Ukrainians. In this sense, even the name of our organization, "Ukrainian-Jewish Encounter," is problematic. What does it mean - ethnicity, confession? Are Jews living in Ukraine not Ukrainians? It is necessary to find a base that unites the people into a unified whole.

During my first years in Canada, my parents often wondered how I was getting along with my Canadian friends. I never asked my son such a question, because he is Canadian, just like the children of my Chinese colleague and everyone else.

In our early years in Canada, my parents often wondered how my relationships with my Canadian friends were going. I never asked my son such a question, because he is Canadian, just like the children of my Chinese colleague and the rest of our fellow citizens. That's how we live.