Ukrainians in Canada, 125 years of a turbulent history 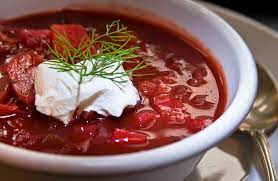 It is well known that Canada is a land of many nationalities. In 1971, it became the first country in the world to adopt an official multiculturalism policy. Ukrainians, like many other nationalities, are part of this Canadian cultural mosaic. To celebrate the anniversary of the arrival of the pioneers, an exhibition at the Surrey Museum pays tribute to them: Ukrainians in Canada: 125 years.

The anniversary of their arrival in the country is therefore an important event, especially since nearly 1,300,000 Canadians are of Ukrainian origin, or 3.7% of the population (2011 census). This makes Canada the third country with the largest Ukrainian community in the world, after Ukraine itself and Russia.

At the end of the 19th century, misery and famine ravaged Ukraine, and its inhabitants were the serfs of the Russian and Austro-Hungarian Empires. At the same time, the young Canadian government launched a great seduction campaign to attract new inhabitants to the still wild West, and offered the cost of the trip, land and a few farming tools to each candidate. About 170,000 Ukrainian peasants immigrated to the Canadian Prairies. This first wave of immigration would be followed by three other major waves of immigration due to the Second World War and the collapse of the USSR.

These dedicated workers contributed to the development of Canadian agriculture, industry and railroads. The reception among the Canadian population, however, was more mixed. As Roman Herchak, leader of the Ukrainian Community Society in Richmond, points out, "Ukrainian immigrants were sometimes looked down upon by Anglo-Saxons. Some had to change their family names to find work.

Ukrainian culture in the spotlight

These hopes and difficult beginnings, along with elements of Ukrainian folklore, are on display at the Surrey Museum through July 9. Colourful embroidery, musical instruments, painted eggs (Pysanky) and other traditional objects are on display in this free trilingual exhibition open to all.

Ukrainians in Canada: 125 years is part of an annual series of exhibitions called Community Treasures that celebrate the different communities in the City of Surrey. Lynn Saffrey, Manager of the Surrey Museum, emphasizes the benefits of this opening: "Our team has the pleasure of learning about these cultures and objects and, in return, we provide a space and the skills to share this knowledge with our visitors. For this exhibit, the Surrey Ukrainian Society and the Kule Folklore Centre (University of Alberta) were involved.

"The first link is food

Many other organizations exist in British Columbia to keep Ukrainian culture alive and shared. There are community centers in a multitude of cities, from Surrey to Langley, Nanaimo, Victoria, Kamloops and Richmond.

The Ukrainian Community Society of Ivan Franko in Richmond is a non-profit organization that offers a wide range of activities. Traditional dance groups, bilingual book clubs on Ukrainian themes, Pysansky workshops and food events bring together people from all walks of life. Friday night suppers are organized every third Friday of the month (except in July and August) and are a great success. They are an opportunity to discover some typical specialties prepared by the volunteer members. Roman Herchak, president of the organization for many years, adds "the first link is food. It is what brings people together in the kitchen and around the plate".

Roman Herchak also reminds us that Ukrainian immigration to Canada is still relevant because of the economic, political and social difficulties in the country. But the profile of immigrants has changed. "They are young and have studied engineering or new technologies.

Ties to Ukraine remain strong, and politics is at the heart of the discussions. The Richmond center, for example, hosted the makers of the documentary Babylon 13 about the Ukrainian revolution in the winter of 2014. As a quote in the center's library reminds us, "Nature has been generous with Ukraine; history has not" (Orest Subtelny).